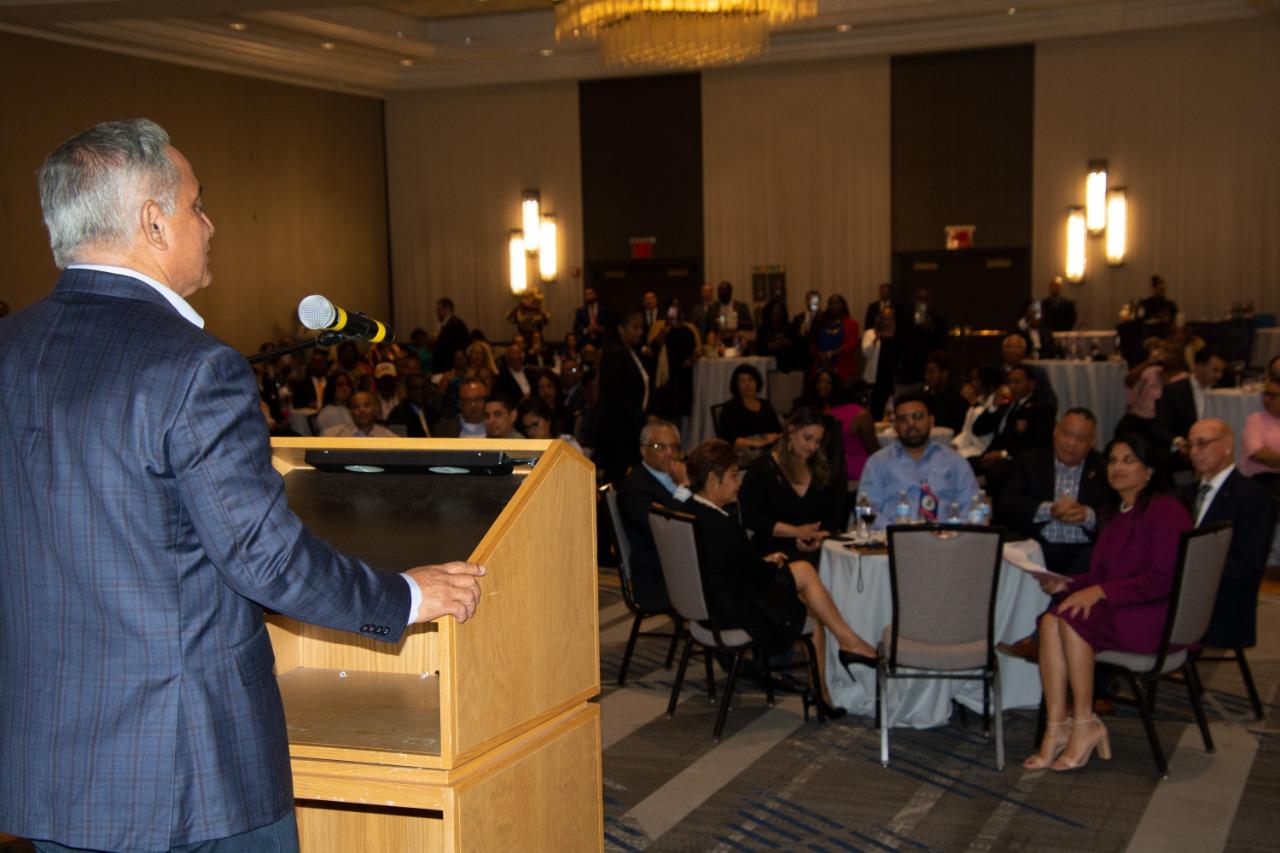 Prime Minister John Briceño met with Belizean Diaspora in New York and Washington, D.C.
Monday, September 26, 2022- Over 400 Belizeans living in the United States of America attended two separate events held in New York and Washington, DC over the weekend. These events were hosted by the Office of the Prime Minister and the Ministry of Tourism and Diaspora Relations (MTDR) through its Diaspora Relation Unit.
The Belizean Diaspora plays an imperative role in the development and enhancement of Belize. Belizeans at home have received tremendous contributions from the Belizean Diaspora. They show their appreciation by investing in their people, contributing to the country’s economic development, supporting the tourism sector, participating in expertise exchange, philanthropy, and much more.
The Government of Belize was pleased to meet with Belizeans in these cities. The delegation included Hon. John Briceno, Prime Minister and Minister of Finance, Economic Development & Investment; Hon. Anthony Mahler, Minister of Tourism & Diaspora Relations; Hon. Eamon Courtney, Minister of Foreign Affairs, Foreign Trade and Immigration; Ambassador Stuart Leslie, Cabinet Secretary and Chief of Staff; His Excellency Carlos Fuller, Ambassador and Permanent Representative to the United Nations in New York, His Excellency Lynn Young, Ambassador of Belize to the United States of America and Permanent Representative to the Organization of American States; Ambassador Amalia Mai, Chief Executive Officer in the Ministry of Foreign Affairs, Foreign Trade and Immigration; Mrs. Nicole Solano, Chief Executive Officer in the Ministry of Tourism and Diaspora Relations; Mrs. Sandhya Murphy, Ambassador for Diaspora Relations; Mr. Haisam Diab, Ambassador for Business and Investment; along with other government representatives.
Both events provided the opportunity to meet with Belizeans who prioritized the goal of building our nation. Strong connections were built, partnerships were created, and the trust of our Belizean Diaspora was gained. Developing an effective relationship with them will offer a platform from which to showcase Belize’s excellence.
Those in attendance had the opportunity to expand their network, participate in meaningful conversation, learn about Belize’s upcoming events and activities, and create connections that will help to raise Belize’s profile on the international stage. They were also given the opportunity to register into the DRU Registry which gives them the opportunity to win a parcel of land in Belize at the end of the year.
Events like these are created to connect with the Belizean diaspora, address their concerns, listen to their opinions, and remind them that, despite their address, and place of residency they are still Belizean and they are valuable to the country. DRU will continue to be engaged with the Belizean Diaspora and identify opportunities for business and investment development.
END